Talking about the day I gave birth to my beautiful first born. 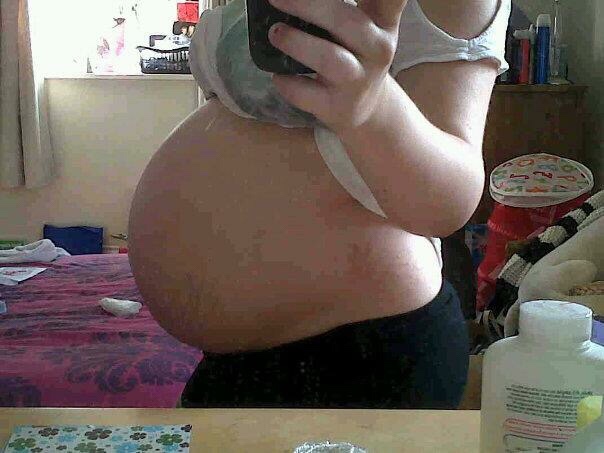 Something I’ve wanted to talk about for a long time is the day my children were born, my experiences and what happened. This is probably the longest birth story. But never mind because this is the day that changed my life forever.. The day I became a mummy. (And also a cook, a taxi, a nurse, an entertainer, and a maid all in one)!

Sadly I didn’t take many bump pictures when I was pregnant with Annabelle, but this is the last bump picture I took.

So on the 20th October 2012, (over 5 years ago I just can’t believe) at 8am I arrived at my local hospital to be induced. I was 40 weeks and 5 days pregnant, and with medical reasons I was given the ok to be induced. I had my birthing partner (a good friend), and my mum with me. As we arrived we were sent down to the induction beds to wait for an available ward. I had been given 5 sweeps in the 2 weeks prior to my induction and was 2cm dilated so pessaries weren’t needed, it was just a case of getting me into a ward and breaking my waters.

Unfortunately for me the hour between calling the hospital and getting there after being told on the phone it was still fine to come in as they were quiet, it had suddenly gotten really busy. Ladies were coming in with babies virtually out, labours had rapidly progressed, babies were being born and so we had to wait!

And wait we did, we ended up waiting until 8pm that night before a ward was finally available for me. At this point sitting around waiting all day, listening to the piercing screams of ladies in labour really did not help my anxiety, I had let fear build up and I was just so nervous.. I almost wanted to back out and go home (how could I push a bloody watermelon out of something so small?!) But it was too late, it was time to have my baby girl! At 17 years old, a single parent to be, with my mum beside me about to go and start treatment for cancer in two days time, desperate to meet her granddaughter before she had to go. I had to be brave and get on with it. My life was about to change forever, and there was absolutely no going back.

So once they got me settled into my labour ward, mum paid for 24 hours of tv (x-factor it was) and my nan turned up with pizzas. I’ll be honest the weeks leading up to this I didn’t want my nan there watching me. Bless her heart she was trying everything she could to be there, even if it meant scaring the absolute living daylights out of me in the weeks before giving birth. But here she was at the hospital with pizza lol, looking back I laugh now. I got so upset about it at the time (but she really was a one in a million nan). Anyway at this point they were ready to get my waters broken and start the labour, I was given gas an air as I was soooo nervous and they needed me still! I am one of those that’s not really keen on the gas and air, you don’t even feel like you’re on this fucking planet. It’s not for me. No thank you! My waters were popped, I was soaking wet, and we were told to go for a walk around the hospital to try get things started. I can’t even begin to explain how surreal everything felt at that moment, as we walked round the hospital all I could think was ‘I’m going to be a screamer, I’m going to be a screamer, I’m going to scream this hospital down’. After 20 minutes nothing happened so we came back to the ward, which meant I needed the drip to get me started. My nan was still here at this point, making everyone cups of tea and conveniently going back for ‘one more’, until my mum convinced her to leave and we would let her know as soon as the baby was born.

I’m not sure if they did it abit later than normal, but I was handed a new midwife for the night. At first I was pretty gutted as the one I had for like ab hour was so lovely and understanding how nervous I was, the one I was given on change over I could tell was just one of those ‘oh for fuck sake get on with it’ kind of midwives. I did warm to her as the night went on.

I have a massive phobia of needles and after an attempt to get the cannula into my hand, an anaesthetist was brought in to numb my hand first. How ironic that was a needle aswell! But low and behold the drip was in and within 30 minutes contractions had started. And god fucking help anybody who was in that room at the time. Within 3 hours after Aromatherapy didn’t work, gas and air didn’t work, pethidine didn’t work, my mum shouting at me to breathe didn’t work. And I was begging my midwife for an epidural. I don’t think she wanted to give me one that soon, but as she couldn’t keep me still on the bed throughout those three hours meaning she couldn’t trace Annabelles heartbeat properly, and had to put a clip on her head in the end to trace her heartbeat. Me standing up a few times and ripping the clip off of Annabelles head accidentally meant she then agreed to the epidural. As soon as the anaesthetist came in I was on the floor begging him to help me and make the pain go away. Can you tell I do not have a very good pain threshold? 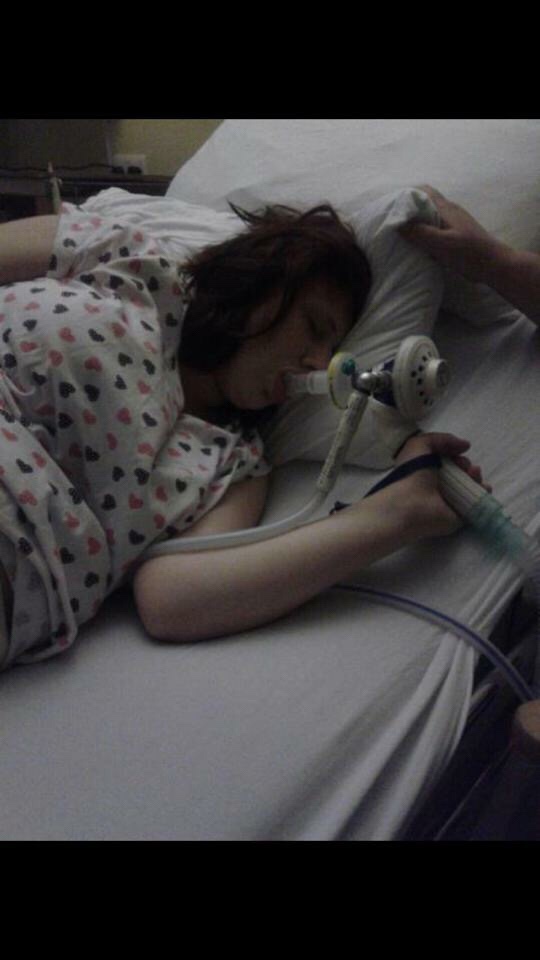 I do not do pain! I may have looked calm here, but believe me I wasn’t.

Once the anaesthetist had gotten the epidural in and settled me down, 20 minutes later the pain was gone and I could sleep. (Yes! Get it all in before you never sleep again). I wasn’t dilating that quickly as they were checking me every hour or so, and by midnight I was only around 5cm. I then woke up sometime in the morning, mum and friend both had to sleep in the uncomfy hospital chairs (sorry not sorry), decided that they would go and get a nice cooked breakfast. Bastards! But my friends mum had come up to visit, and probably make sure her daughter was still sane, so kept me company for a while. I don’t really think much happened for a few hours after that, mum just kept watching my contractions on the screen and telling me how much pain I’d be in if I could feel it.

I ended up being stuck on 9cms for a few hours, but by middayish I was fully dilated and ready to have my baby. Accept when they told me it’s time to push, I couldn’t feel a bloody thing! I was pushing for about an hour and they were letting the epidural ware off so the pain was coming back, I ended up getting so stressed and worked up because she just wasn’t coming not to mention the fact I was tired (my labour was 18 hours in total). Mum knows what I’m like so had ago at me a few times telling me to get on with it and just push, (I did end up screaming at her to fuck off lol). But it turned out Annabelle had actually turned back to back and was stuck.

The next thing I had a team of people coming in. I was in absolute agony at this point, and some bloke (who ended up being the guy who delivered Annabelle) was shoving a piece of paper in my face telling me to sign it quickly. I told him I’d do it later as I just needed him to help me, but nope they weren’t taking me anywhere till I signed the paper.

Once the paper was signed I was rushed up to theatre, only my mum was aloud in the theatre so my friends mum stayed with her so she wasn’t on her own. By this point my poor friend was scarred for life, and she decided not to try and become a midwife after watching me and it was something she had really wanted to be (oops!).

In theatre I was all set up for forceps, epidural topped up, mum in hand and it was time to finally have my baby girl! My consultant in the room had decided with the bloke doing the forceps 3 attempts and if nothing I’d need an emergency c section. 3 attempts of him pulling and me pushing she didn’t budge, so my consultant wanted to do the c section, but he decided he wanted to try once more. And so he did, one of his feet up on the bed he was pulling so hard as I was pushing that once Annabelles head came out he fell back having to be caught! Only then he realised the disaster under his nose, as Annabelles head had come out and he fell back it completely tore me front to back (4th degree tear) and sadly damaged Annabelles face. I will attach pictures below of Annabelle after we got out of theatre.

Annabelle came out the angriest baby in the world.. quickly dumped on my chest and then taken away before I had time to touch her, she needed a little oxygen and then was wrapped up and given to my mum. She spent the whole hour and a half I was being stitched up screaming the entire theatre down, my poor girl must of been in so much pain. And it is honestly an experience I will never forget, the absolute best day of my life but also one of the most scariest and traumatic!

The 21st October 2012 at 2.48pm my 7lb:3oz little bundle Annabelle Lea Griffin changed my life for the better.

The first ever picture I took of her.

About two hours after she was born, 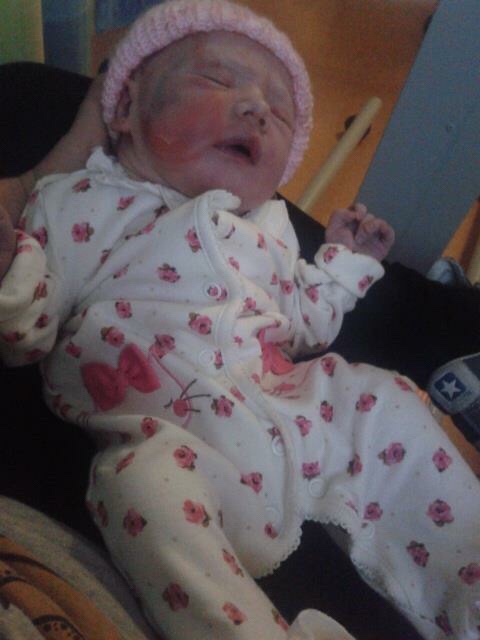 I didn’t really try breast feeding and couldn’t do it at the time when I did, but either way my precious baby was here and to me it didn’t matter how I fed her. Love this picture of us, bonding! 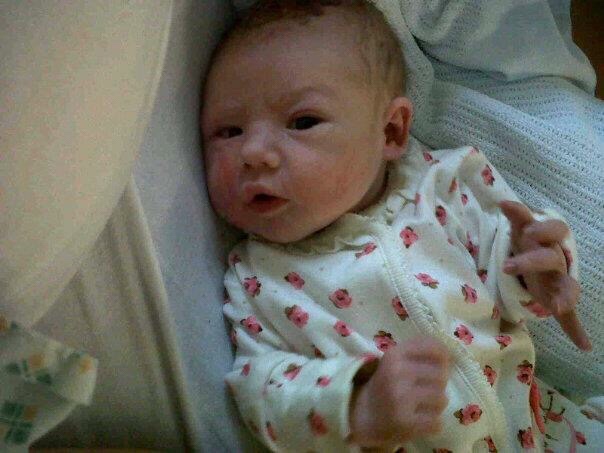 One day old, we did end up having to stay in hospital for 5 days.

Her face around one week later.

Here is my beautiful girl now, luckily she is a perfect 5 year old with no permanent damage or scarring.

Hello, my name is Sian. I started this blog in 2017 after the death of our baby Betsy. I am the sort of person that finds writing things down and expressing myself helpful. But I want to express myself in so many different ways and talk about so many things including; Mental Health, Baby Loss, Fashion, Motherhood, Hauls, DIY, Beauty, Reviews and so many other things View all posts by Sian’sways

Check out my recent posts

Welcome to my Blog.

Welcome to my Blog.